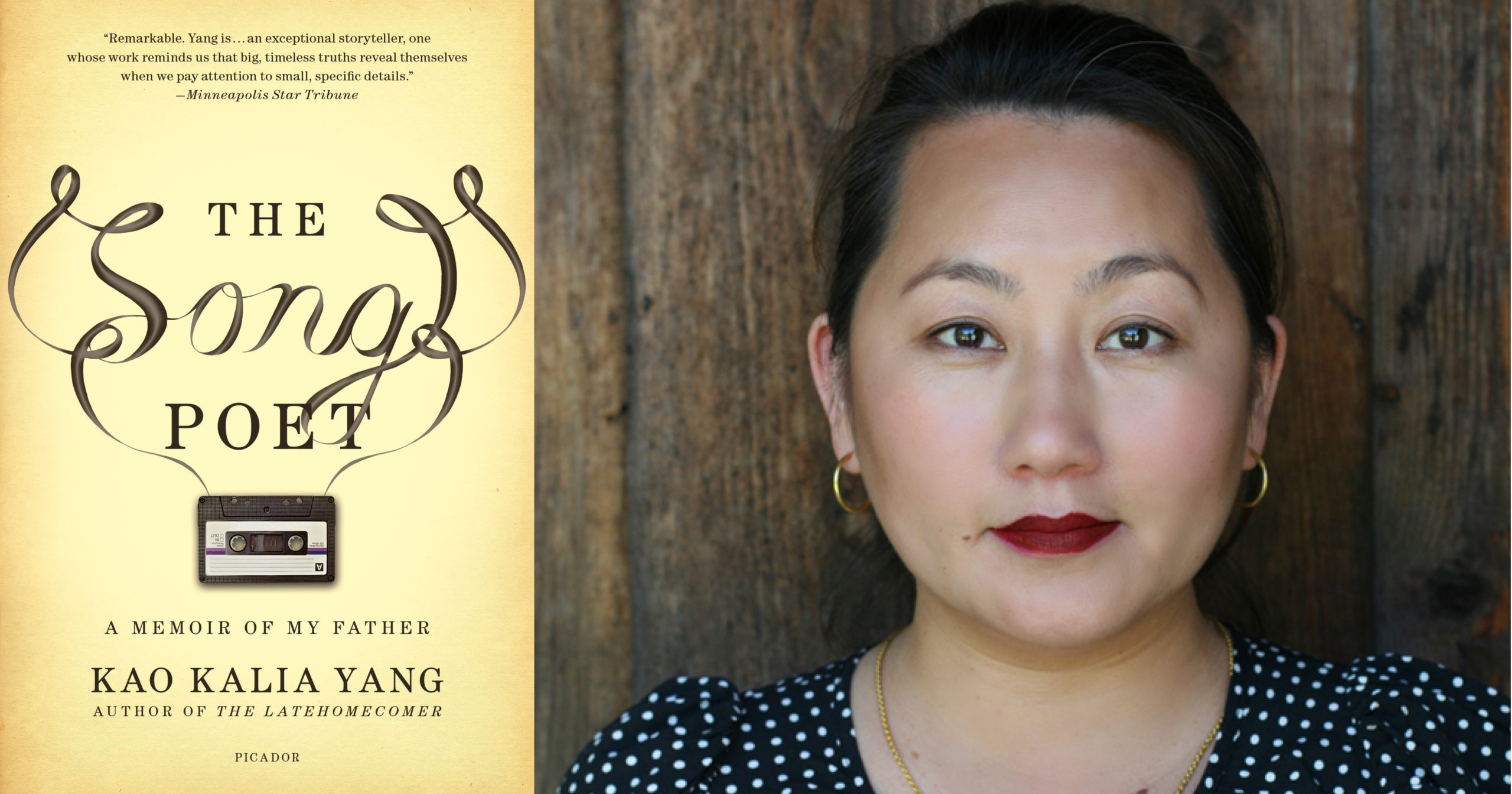 Lake Agassiz Regional Library is participating in the sixth chapter of One Book | One Minnesota, a statewide book club that invites Minnesotans of all ages to read a common title and come together virtually to enjoy, reflect, and discuss. The sixth title for the program is The Song Poet: A Memoir of My Father by Minnesota author Kao Kalia Yang. Presented in partnership with State Library Services, a division of the Minnesota Department of Education, the program aims to bring Minnesotans together during a time of distance and adversity and highlight the role of libraries as community connectors.

From October 25 through December 19, through their local libraries, Minnesotans will be invited to read the featured book selection and will have access to reading guides, and virtual book club discussions. Readers can access the ebook and audiobook for free on Ebooks Minnesota for eight weeks. In addition to the digital formats, hard copies of the book will be available at Lake Agassiz Regional Library’s locations.

All Minnesotans are invited to participate in a statewide discussion with the author:

About The Song Poet: A Memoir of My Father
In the Hmong tradition, the song poet recounts the story of his people, their history and tragedies, joys and losses. He keeps the past alive, invokes the spirits and the homeland, and records courtships, births, weddings, and wishes. In The Song Poet, Kao Kalia Yang retells the life of her father, Bee Yang, the song poet―a Hmong refugee in Minnesota, driven from the mountains of Laos by America’s Secret War. Bee sings the life of his people through the war-torn jungle and a Thai refugee camp. The songs fall away in the cold, bitter world of a St. Paul housing project and on the factory floor, until, with the death of Bee’s mother, they leave him for good. But before they do, Bee, with his poetry, has burnished a life of poverty for his children, polishing their grim reality so that they might shine.

Kao Kalia Yang is a Hmong American writer. She is the author of the memoirs The Latehomecomer: A Hmong Family Memoir, The Song Poet, and Somewhere in the Unknown World. Yang is also the author of the children’s books A Map Into the World, The Shared Room, The Most Beautiful Thing, and Yang Warriors. She co-edited the ground-breaking collection What God is Honored Here?: Writings on Miscarriage and Infant Loss By and For Native Women and Women of Color. Yang’s work has been recognized by the National Endowment for the Arts, the National Book Critics Circle Award, the Chautauqua Prize, the PEN USA literary awards, the Dayton’s Literary Peace Prize, as Notable Books by the American Library Association, Kirkus Best Books of the Year, the Heartland Bookseller’s Award, and garnered four Minnesota Book Awards. Kao Kalia Yang lives in Minnesota with her family and teaches and speaks across the nation.

One Book | One Minnesota is presented by The Friends of the Saint Paul Public Library, as the Minnesota Center for the Book, in partnership with State Library Services and sponsored by Spire Credit Union. Program partners also include Council of Regional Public Library System Administrators; Mackin VIA; Macmillan Publishers; Minitex; the Minnesota Department of Education; and Recorded Books. This program is made possible in part by the voters of Minnesota, thanks to a legislative appropriation from the arts and cultural heritage fund, as well as through a grant from the National Endowment for the Arts. Links to resources and more information can be found at thefriends.org/onebook.