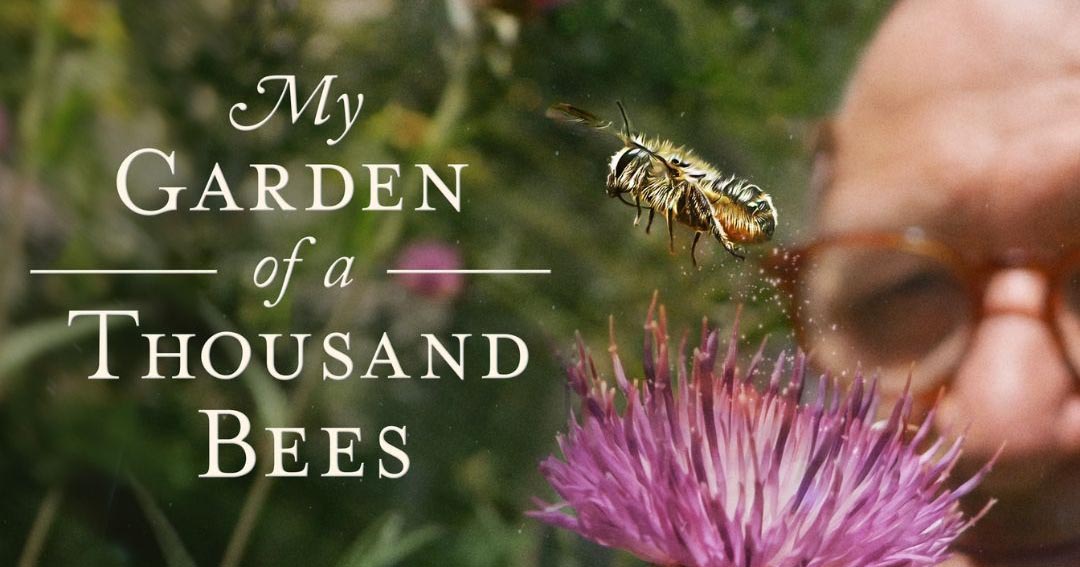 Join the Fertile Public Library for a film screening to see bees like you’ve never seen them before in “My Garden of a Thousand Bees,” featuring the surprising and spectacular bees living in his urban garden in Bristol, England.
The library is offering this film screening as part of the nationwide #PlantWildflowers campaign that highlights the critical role bees and other pollinators play in healthy ecosystems. In support of the film, My Garden of a Thousand Bees, HHMI Tangled Bank Studios and PBS Nature launched the #PlantWildflowers campaign to encourage communities across the U.S. to better understand the importance of native bees and other pollinators and to create new pollinator habitats where pollinators can thrive.

The full film is 53-minutes and had a national broadcast premiere on Nature on PBS in October 2021. We will host an audience discussion following the viewing of the film.

Thursday, June 23 at 2:00 PM at the Fertile Public Library

Packets of free, regionally-appropriate native wildflower seeds & bee identifier cards will be available thanks to the #PlantWildflowers Nationwide Initiative led by HHMI Tangled Bank Studios and PBS/Nature.
Want to support the work we do? Help your library foster connections between community members and valuable resources and services.
Support the Library
Back To Top
×