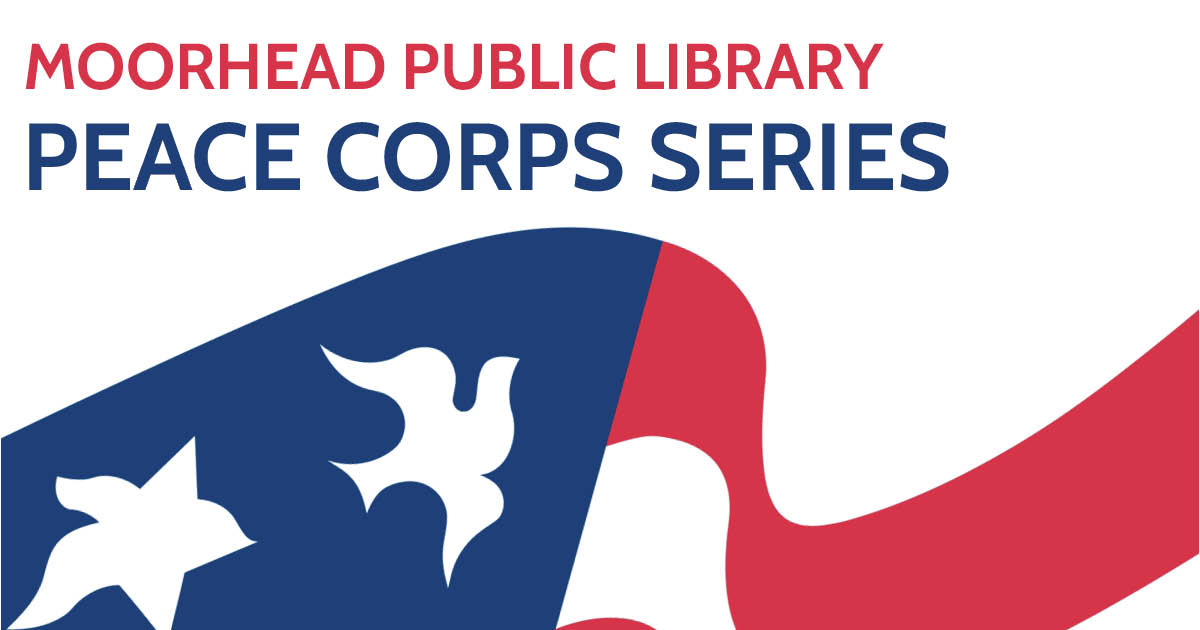 Join the Moorhead Public Library Tuesday evenings in February for a series of presentations by Peace Corps volunteers about their travels across the globe.

Honduras presented by Helene Zelaya
Tuesday, February 7 at 6:30 p.m.
Helene Zelaya will share about her time in Honduras as a Peace Corps volunteer. Helene served in the Peace Corps in the village Ilanga in Honduras from 1983-1985. Her title was rural education projects and she worked with various schools. She then married a Honduran in the village and lived there 13 years. They had 4 children and during that time she operated a mercantile store and worked at bilingual school.. She also was on committees to build a secondary school, church and park. This presentation is offered free-of-charge and all are welcome.

Ukraine presented by Mary Jane Haugen
Tuesday, February 14 at 6:30 p.m.
Mary Jane Haugen will discuss her time serving in the Peace Corps in Ukraine following her retirement. She became an English teacher in a secondary school on the steppe and worked there from 2003 to 2005. This period included the Orange Revolution.

Philippines presented by Jim Krogh
Tuesday, February 21 at 6:30 p.m.
Jim Krogh volunteered in the Philippines from 1972-1974. ​He was assigned to the Philippine Department of Agriculture as feed grains marketing technician. After completing his Peace Corps service, he spent the next 38 years in the sunflower industry. Jim is retired and resides in West Fargo, ND.

Kiribati presented by Jennifer Sweatman
Tuesday, February 28 at 6:30 p.m.
Jenn Sweatman will share about her time ​serving as a Peace Corps volunteer in the Republic of Kiribati from 2003-2005. She was assigned to Tamana Island and worked in Margaret Field Primary School as an English Teacher Trainer leading workshops for teachers and co-teaching with them. After completing her service, Jenn went to graduate school where she studied topics in marine science. She is now an assistant professor at Concordia College in the Biology Department and Environmental and Sustainability Studies program.

About the Peace Corps:
The Peace Corps is a service opportunity for motivated changemakers to immerse themselves in a community abroad, working side by side with local leaders to tackle the most pressing challenges of our generation. Peace Corps volunteers lead grassroots efforts to protect the environment and strengthen understanding of environmental issues in communities worldwide.

Want to support the work we do? Help your library foster connections between community members and valuable resources and services.
Support the Library
The Mahnomen Public Library will delay opening until noon on Friday, January 27 due to weather conditions in the area.
Back To Top
×