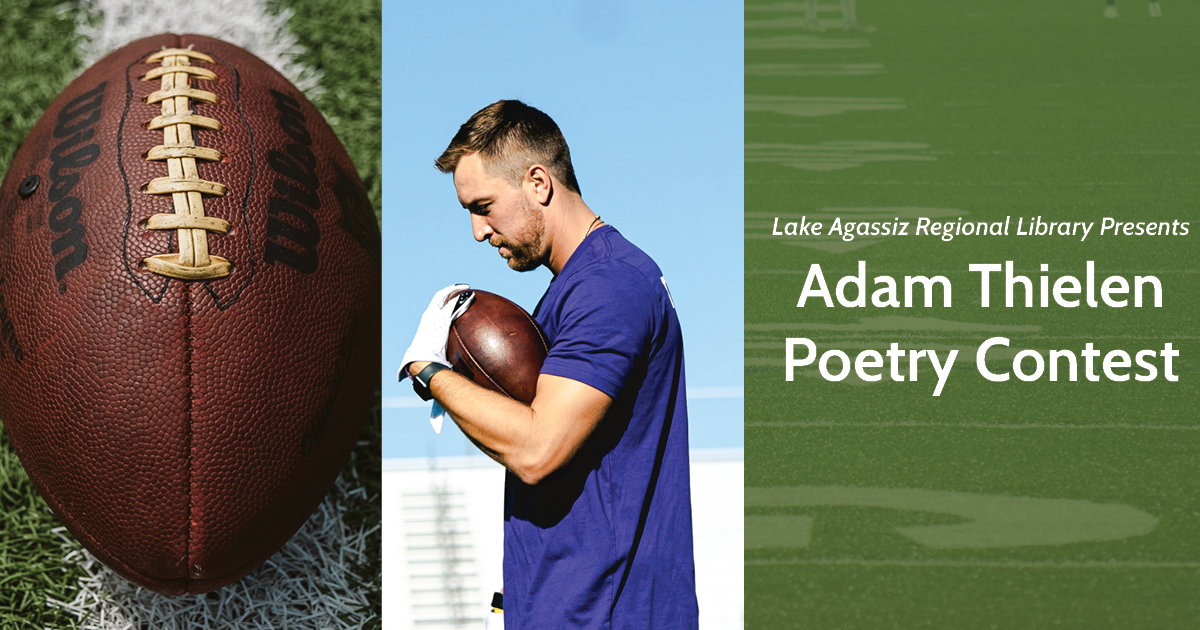 In 2021 Lake Agassiz Regional Library invited students in grades 4-12 to participate in a poetry contest honoring a local football legend for a chance to win an autographed Adam Thielen football donated by Choice Bank, an Adam Thielen jersey donated by the Minnesota Vikings organization or other great prizes.
Congratulations to the winners of this contest and a special thanks to the program’s sponsors: Choice Bank and the Adam Thielen Foundation and the Minnesota Vikings. 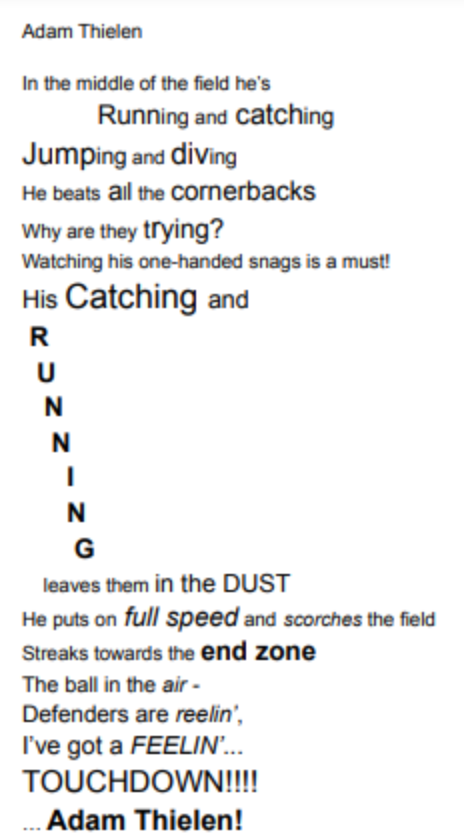 Second Place (Grades 4-8)
Gabe Leff, Detroit Lakes, Grade 7
Prize: Adam Thielen CutoutAdam Thielen’s Legacy by Gabe Leff
He was born in Detroit Lakes
In football wanting to partake.He wore the jersey of Randy Moss.
While in his yard a football tossed.Off to high school he soon went
Where his skills he could present.For the Lakers he had played
And his talents were displayed.He played in college for some years
Where the crowd sang booming cheers.

He tried out for the Vikings
Where he fit inside their likings.

Career he started in this small town.
He spread a new hope all around.

In football he found supremacy.
This is Adam Thielen’s legacy. 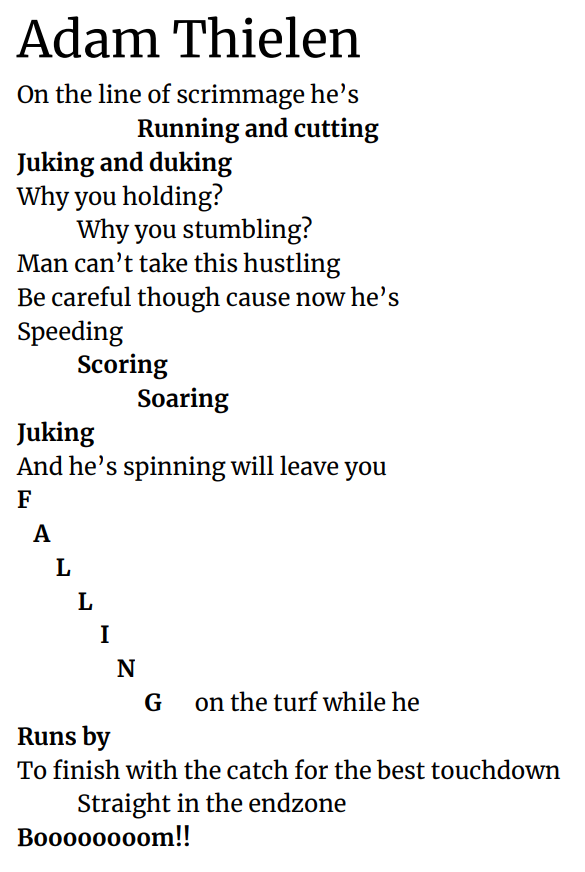 Kind, compassionate, fierce, and strong,
A brave warrior, not afraid to go long.
Adam Thielen is a star,
I’ve always admired him from afar.

Helping others, generous and caring,
Thoughtful, wise and always sharing.
Adam Thielen thinks beyond football,
He cares about people, big or small.

To The Sports We Love Most by Gracie Rouland
In small towns in Minnesota, sports are a big deal
Early mornings, late nights, and lots of dedication
At young ages, we learn to develop a work ethic
The pressure and stress buildup over time
Some fall to the pressure, and some rise above it
We strive for success, even when it isn’t achieved
Each day we are pushed until we have nothing left to give
When we are at our lowest we are reminded of our love for the game
We rise from the help of our teammates, coaches, and fans
The game mentality remains in our heads, always
You never realize how much you love something until it’s gone
You’d give anything just to play one more game
To the sports we love most, thank you

He hoped in his car
And headed for afar

During his four years there
He majored in selling dental care

He made the Vikings practice squad as a rookie in 2013.
That same year you didn’t see him on your TV screen.

Since then
He has been consistent again and again